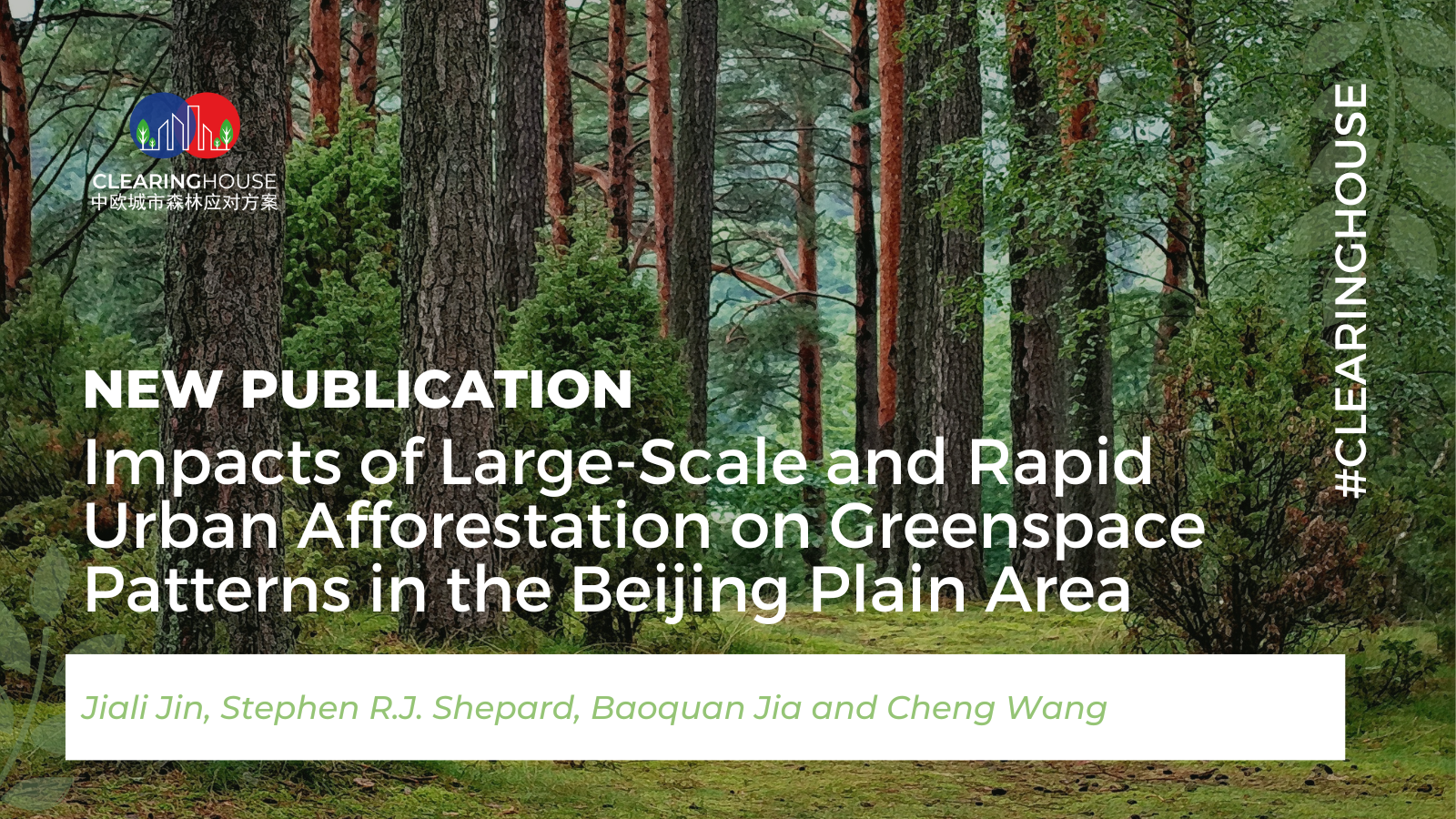 Planning to Practice: Impacts of Large-Scale and Rapid Urban Afforestation on Greenspace Patterns in the Beijing Plain Area

Afforestation is one of the most effective urban ecological restoring and regreening practices for mitigating a variety of environmental issues. Globally, municipal governments have launched large-scale afforestation programs in metropolitan areas during the last decades. Over 40 countries in the world have invested at least 15% of their government revenue in national forest conservation, afforestation, reforestation, and plantation.  However, although landscape configuration and composition are closely related to biodiversity, habitats, and livability, few studies have focused on the real‐world effects of afforestation on landscape patterns.

This study aims at analyzing the impact of the Beijing Plain Afforestation Project (BPAP), which planted 70,711 ha of trees in only four years. Indeed, as one of the most rapidly urbanizing countries worldwide, China faces serious environmental issues such as air and water pollution and land degradation and thus,  great governmental efforts to implement environmental programs have been made. Since 1979, China has launched several afforestation programs, such as the Nature Forest Conservation Program, the sloping land conversion program, the “Three North” Shelterbelts Program, and Beijing‐Tianjin Shelterbelt Program, planting over four million hectares of trees per year.

To evaluate the real-world outcomes of this massive program, this study investigates the spatial-temporal dynamics of landscape patterns during the implementation process to identify potential impacts and challenges for future management of new afforestation. To do so, our research partners have analyzed the transition of various patch types and sizes, applied landscape indicators to measure the temporal changes in urban greenspace patterns, and used the landscape expansion index to quantify the rate and extent of greenspace spatial expansion.

Results illustrated that the implementation of afforestation in the Beijing plain area had generally achieved its initial goal of increasing the proportion of land devoted to forest (increased 8.43%) and parks (increased 0.23%). Afforestation also accelerated the conversion of small-size greenspaces to large-size patches. However, the significant discrepancies found between planned and actual afforestation sites, as well as the large conversion of cropland to forest, may present major challenges for project optimization and future management.

Also, his study demonstrated that spatial analysis is a useful and potentially replicable method that can rapidly provide new data to support further afforestation ecosystem assessments and provide spatial insights into the optimization of large inner-city afforestation projects.