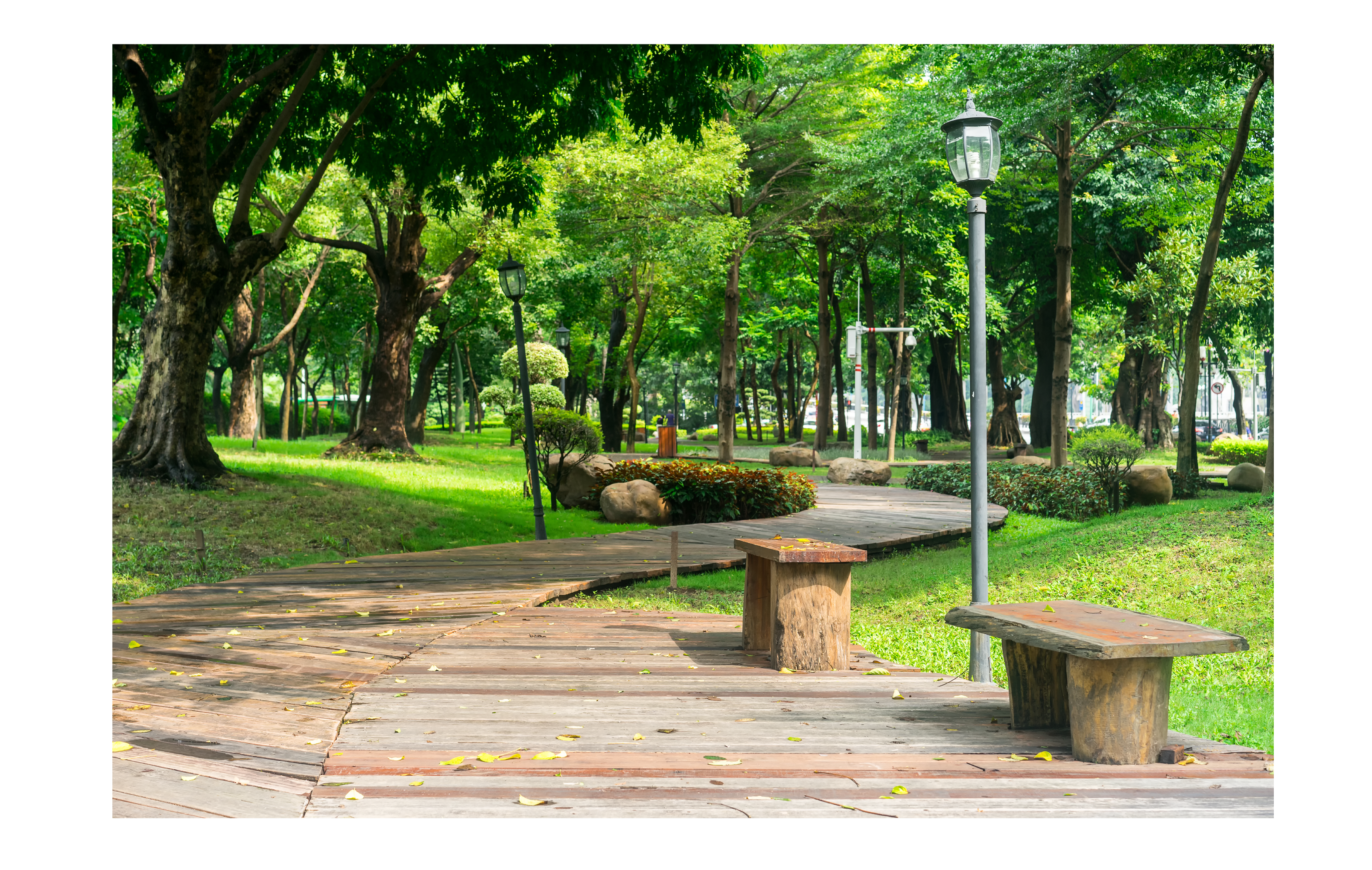 Ode to my park in Corona-times

Your aloft trees, my walls

Their shiny leaves, my roof

The birds sing and the squirrel calls

“Here it is, corona-proof”

A safe haven for most

Filled with peace and joy

Even with the playgrounds closed

Echoes the laughter of a little boy

With new parallel paths through your fields

Where people can breathe deeply and free

Being alone together, a feeling of ‘we’

A fresh breeze in the air

Taking with her all elements of despair

For some a second residence allowed

For many a distant place only to dream about…

In these times of almost forced house arrest in different parts of the world, both our social and physical world suddenly become very small. Where it is allowed to visit parks, they offer a unique place to meet others at a safe distance and to break through social isolation. In addition, they offer space to move, play and relax. The restrictions imposed in many countries during this Corona crisis regarding the travel distance allowed has forced us to reconnect with our immediate living environment, our neighborhoods. However, in many cities there are still many neighborhoods where access to parks is very limited. These are usually the neighborhoods in which the most vulnerable population groups live. This is also the case in Brussels.

The uneven provision of green spaces in Brussels could result in health inequalities among urban dwellers, as suggested by a study conducted by the research group Interface Demography, at the Vrije Universiteit Brussel (VUB). The research focused on the relationship between green spaces and health (self-perceived health and natural cause mortality), according to different social strata of the population. The results show an uneven distribution of the health benefits of green exposure over the Brussel’s population. While residents originating from Belgium and other high-income countries seemed to have beneficial effects on health when living near greener areas, this was not observed in residents with a low or middle-income country origin. Among the first group, however, the strongest beneficial association with health was found among low-educated individuals. These results suggest that it is especially important for residents with low educational attainment – often living in the poorer neighborhoods with lower provision of green spaces – to live near greener surroundings. Furthermore, residents with a low or middle-income country origin tend to live in areas where provision of green spaces is very limited, which might be an expression of an overall poor neighborhood infrastructure jeopardizing their health status.

Green spaces might be a key asset of the urban living environment helping to reduce the negative effects of social distancing measures in the population. Therefore, it is crucial to understand disparities in access and exposure to residential urban green spaces in order to prevent the raise of health inequalities during and after the pandemic, especially among groups with precarious socio-economic positions.

This ode was written by Charlotte Noël who has been associated with the Interface Demography research group at the VUB since October 2017, where she works on the Green&Quiet-project. Her research focuses on the relationship between the environment and health in the Brussels-Capital Region. More specifically, she examines how different social groups differ in their use, perceptions and beliefs about their living environment, hereby mainly focusing on urban green spaces.

The study mentioned is currently in preparation for submission to a scientific journal and has been mainly conducted by Lucía Rodríguez Loureiro, a PhD candidate at ID-VUB also working on the Green&Quiet project. Her research complements the study of the relationship between green spaces and health by applying quantitative methods.

Please fill out the survey about your personal relation with urban forests and green spaces before, during, and after the crisis here.