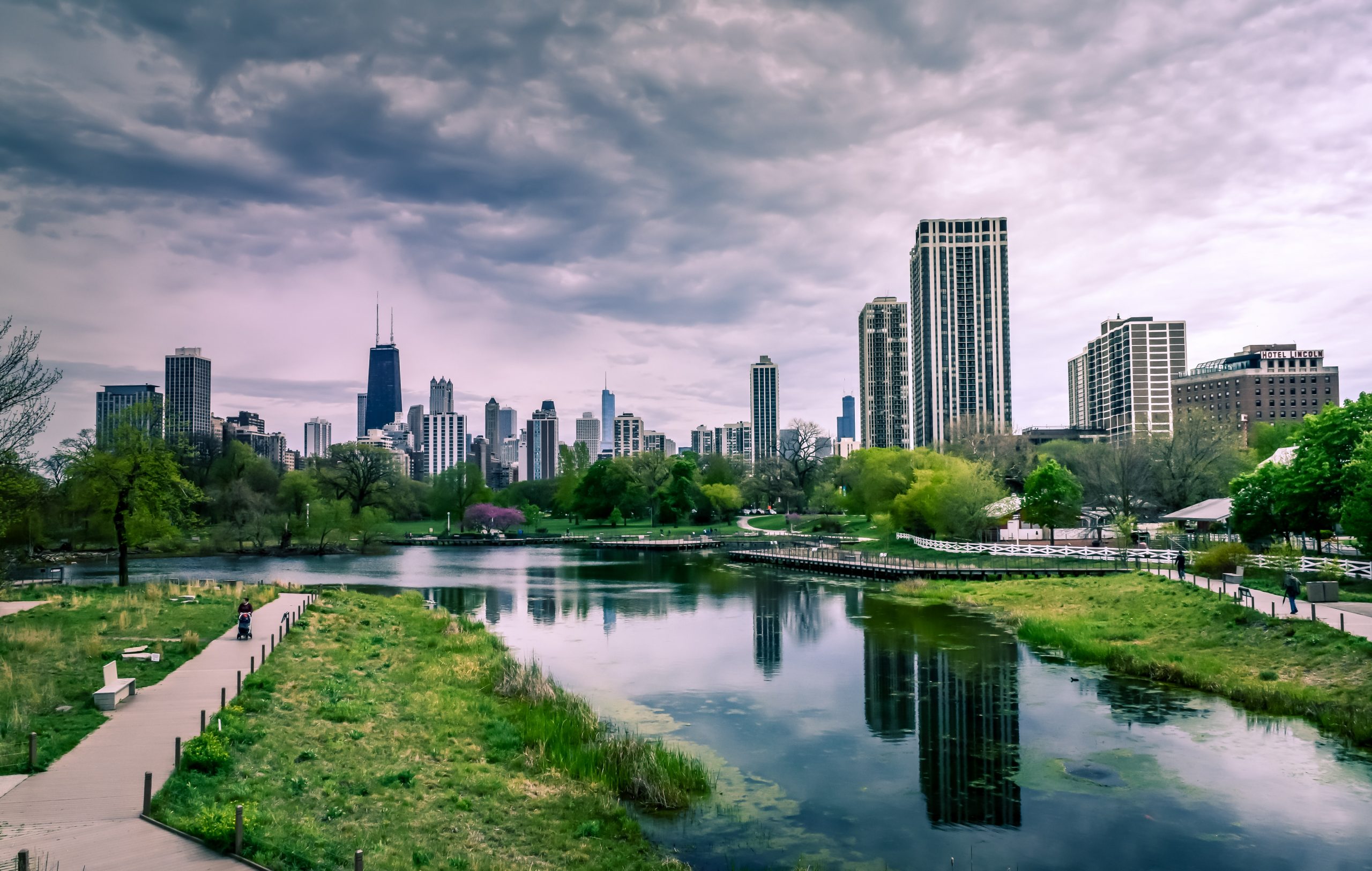 The meaning of CLEARING HOUSE

With the start of the UN Decade on Ecosystem Restoration starting this January 2021, REVOLVE spring issue focus on the city-forest nexus with contributions from the UNEP, FAO-Forestry, Sponge Cities (Ving), and others. CLEARING HOUSE will contribute some project insights with answers from Professor Wang Cheng, Executive Deputy Director of the Urban Forest Research Centre (UFRC) of the State Forestry and Grassland Administration at the Research Institute of Forestry Chinese Academy of Forestry (CAF-RIF) and CLEARING HOUSE Project Coordinator.

What are the mutual learning opportunities from the Sino-European collaborations in the CLEARING HOUSE project?

The origins and development of urban forestry in China and Europe are different, but both sides are aware of the significance of urban forestry to the urban ecological environment as well as to the health of residents. In recent years, both Chinese and European researchers have devoted themselves to the application of UF-NBS in cities of different sizes and scales, they have also developed their own theoretical systems. Through the CLEARING HOUSE project, both sides have mutual learning opportunities for theoretical research, in which they can systematically review and summarize the similarities and differences in terms of the content, scope, objectives, functions, management, public participation and terminology of urban forest construction. This will not only help to improve the theoretical system of the urban forestry discipline but will also help both sides to establish a more scientific and theoretical framework of urban forest construction in line with their respective characteristics.

3. The CLEARING HOUSE project provides opportunities to study and learn about urban forests on site.

Seeing is believing. Through the CLEARING HOUSE project, the project members can visit and study the urban forests of the selected cities in China and Europe on site, experience the effectiveness of urban forest construction, exchange more in urban forest cultivation, management and functional research, especially the demonstration of practical technologies in urban forest management and maintenance. During the launch of the CLEARING HOUSE project in 2019, the Chinese participants visited the urban forests in Bonn, Germany. They have gained knowledge of these urban forests from the overall layout to the development process and could exchange minds with European partners onsite. This was extremely helpful for them to experience the potential of urban forests for dealing with climate change, enhancing biodiversity, and delivering entertainment services and management.

4. The CLEARING HOUSE project provides opportunities to participate in urban forestry projects of each other.

Through the CLEARING HOUSE, a Sino-Europe research and collaboration platform on Urban Forest Based Solutions (UF-NBS) is established for mutual advantages. Researchers are involved in each other’s projects, experience the first-hand operation, implementation and execution of the projects, and facilitate the exchange and cooperation into concrete projects, which is beneficial for improving the projects and enriching the experience of the project members. For instance, Ms. Dr. Jiali Jin from China spent six months on an exchange study at EFI, participated in project design and research work in Spain, while the European members participated in the project “The Master Planning of Urban Forest Cluster Construction in Ningbo” organized by the National Forestry and Grassland Administration of China and made their contributions to the planning of the Ningbo Forest City Cluster, which was meaningful for both sides to understand the forms and mechanisms of participation of policymakers, scientists and citizens in the construction of urban forests.

Europe focuses on protecting the existing ecological resources such as forests and wetlands, so that the city maintains a good ecological base. And basic research on urban forestry and public participation are emphasized. Therefore, through the CLEARING HOUSE project, the Chinese side can share its experience in the theory, practice, management and standards of forest city construction, and the European partner can share the experience in urban forest protection, healthy management, public participation and equal access to nature.

How do you think the CLEARING HOUSE project will impact the uptake of NBS solutions in the Chinese case study cities and the rest of the country?

China has attached great importance to urban ecology in recent years, proposed to build cities in harmony with nature, with a particular focus on the protection and restoration of urban forest ecosystems, and incorporated the construction of forest cities into the national Forestry Law, which should be enacted and implemented in 2020. Through the CLEARING HOUSE project, the nature-based solutions in the case study cities and the other cities of the country will be further facilitated to cope with urbanization and to meet the well-being needs of urban societies, including the following.

1. Through the exchanges and on-site study in the CLEARING HOUSE project, more attention should be paid to urban forest planning and construction in the development of the case study cities as well the rest of the country.

The ecological environment that cities need such as fresh air, healthy recreation areas, urban forests and wetlands cannot be purchased or transported from other places, more importantly, cities should build their ecosystems and provide ecological well-being by themselves. This requires the preservation of urban forest resources with an appropriate volume, a balanced layout and a reasonable structure, even in urbanized areas with tight land resources. In recent years, Beijing, Xiong’an and the Binhai New City in Fuzhou have planned and built urban forests as ecological infrastructure in their new urban districts simultaneously by allowing forest trees to grow together with the city, which was never done before. Since 2012, Beijing has put the focus on optimizing the urban forest pattern by reforesting the plain areas in its central urban areas, so that the forest coverage in these plain areas increased from 14.6% to 30.4% by 2020.

2. Through the exchanges and on-site study in the CLEARING HOUSE project, the cultivation of healthy urban forests in the case study cities and other cities gain more attention.

Healthy urban forests can provide better functional services but require a more scientific selection of silvicultural species, a scientific determination of silvicultural density as well as the cultivation of healthy and long-lived forests. Chinese cities have created many urban forests in recent years by using large seedlings, advocating scientific and frugal afforestation, cultivating close-to-natural urban forests, focusing on the use of native tree species, creating natural forest green spaces in cities with benefit to the biodiversity such as birds and insects, and banning the transplanting of large natural trees into cities. Cities such as Beijing and Guangzhou have listed the requirements in this regard in the technical specifications for urban forest construction. The Chinese partner of the CLEARING HOUSE project, the Urban Forest Research Centre of the National Forestry and Grassland Administration, has compiled the Plan of Beijing Forest City Development (2018 -2035) (released in January 2020), which specifies the main technical guidelines for the construction of urban forests in Beijing.

3. Through the exchanges and on-site study in the CLEARING HOUSE project, China has put greater emphasis on public participation in the construction and usage of urban forests.

Through the construction of forest cities, the urban forests, wetlands and parks invested by the governments in various cities are open to the public for free. In recent years, public participation in the planning and construction of urban forests became important. For example, the forest city planning in Beijing involved a team of urban forestry experts, who consulted more than 10 departments in forestry, gardening, water, environmental protection, agriculture, etc.; conducted a questionnaire survey on public needs; planned and built over 80 gardening stations favored by the public. The city Fuzhou built the “Fu Dao” (Happy Road), a greenway linking mountainous forest parks with urban parks. In the case city Guangzhou, the “Cloud Road” (aerial walkway) links eight city parks, including Baiyun Mountain, Guangzhou Garden, Yuntai Garden, Luhu Park, Sculpture Park, Huaguoshan Park, Yuexiu Park and Zhongshan Memorial Hall. It enables the coexistence of different landscapes in the city and facilitates the public to access the forest, to enjoy the green trees, beautiful flowers and the blue sky.

4. Through the exchanges and on-site study in the CLEARING HOUSE project, China has placed greater emphasis on basic research of urban forestry.

After absorbing the more systematic and solid experience of European basic research on urban forests, the National Forestry and Grassland Administration has started to establish national long-term observation stations of urban ecosystem with urban forests as the main research object, to carry out long-term tracking studies on functions and services of urban forests, including heat-wave mitigation, enhancement of biodiversity, contribution to the wellbeing of residents, etc., to provide support for scientific assessment of urban forests and development of health management. The long-term observation stations of urban ecosystem have been established in 18 cities, including Guangzhou, Shanghai and Hangzhou. In the case study city, Guangzhou, the number of bird species in the central urban area has increased from 71 in 2008 to 127 at present.

5. The exchanges and on-site study in the CLEARING HOUSE project facilitate a more scientific promotion of forest city construction across the country.

In China, forest cities are planned, constructed and assessed according to the Indicators for National Forest City (GB/T 37342-2019), which was developed under the leadership of the Urban Forest Research Centre of the National Forestry and Grassland Administration, the Chinese partner of the CLEARING HOUSE project. In the implementation of the standards, we combined the specific practice in China with the research results from the CLEARING HOUSE project and refined the forest city construction indicators further, with more focus on the naturalness of urban forests, biodiversity conservation, the function in carbon sink of urban forests, public participation, the education function of nature, etc. In this way, we could put the nature-based solutions into concrete practice. At present, 194 cities in China have been awarded the title of National Forest City, and more than 300 cities are planning and implementing urban forest construction projects. These cities are all benchmarking themselves against this national standard to improve, plan and build urban forests, which will ensure the healthy and orderly development of forest city construction in China.

Founded in 2010 in Brussels with a global outlook to providing critical but constructive views on the most pressing issues around the world, REVOLVE is an award-winning quarterly magazine.