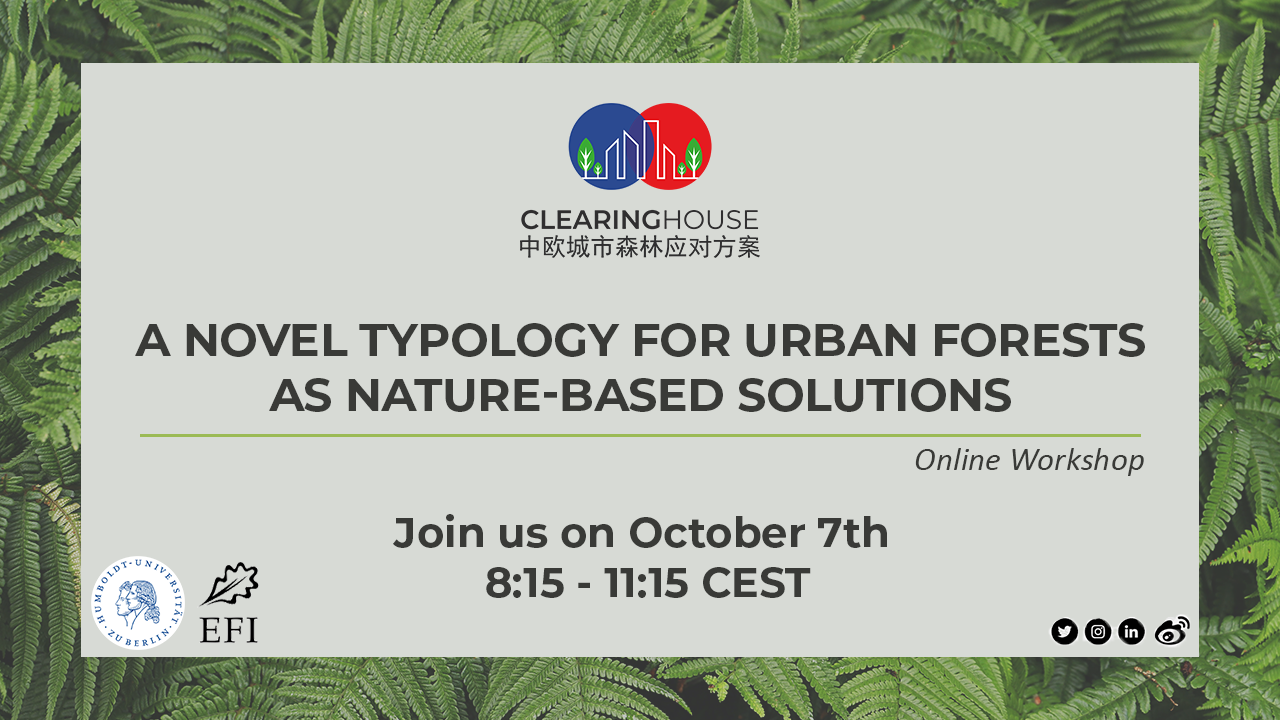 A novel typology for urban forests as nature-based solutions – Workshop

The typology on urban forests as nature-based solutions (UF-NBS) is intended to provide grounding knowledge on UF-NBS for within the CLEARING HOUSE project, and beyond the project’s scope. This knowledge—i.e., the elements to be described in the project’s typology—is diverse, as CLEARING HOUSE focuses on Europe as well as China, and thus wants to assume a broad perspective on UF-NBS.

To capture broad knowledge, and to facilitate the typology’s envisioned role as a nexus between different knowledge as well as functioning as a gateway for the integration of models and data on UF-NBS, the typology proposed by the CLEARING HOUSE knowledge follows a trait- and semantics-based approach for its conceptualization and implementation. In so doing, it expands on more traditional, textual definitions.

An introductory session will outline this trait-based approach, describe the application of semantics for the implementation of knowledge on UF-NBS in brief, and make a case for the benefits provided by the chosen methodology. Subsequently, space for the discussion of selected themes will be provided through break-out sessions.