Clearing House H2020 > News > Blog > What does the Public Health Science tell us on forests as health infrastructure? 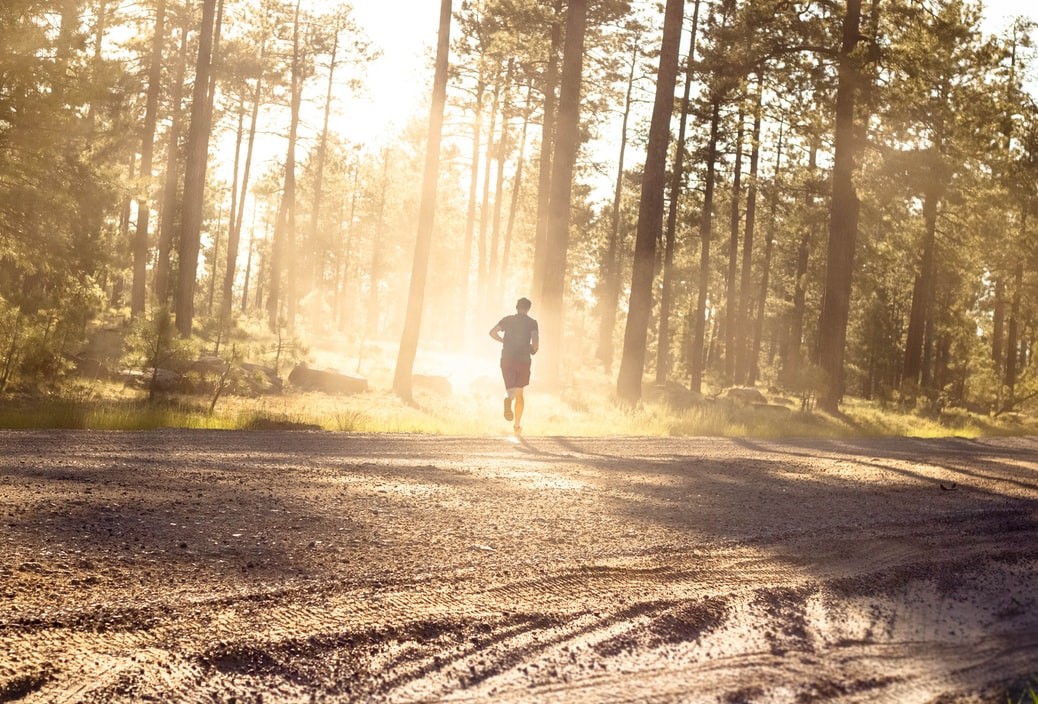 What does the Public Health Science tell us on forests as health infrastructure?

This paramount question kicked off the second day of the Urban Forestry Days (23 – 24 March 2021), organised by the European Forest Institute (EFI) together with the European Forum on Urban Forestry (EFUF) and the Horizon 2020 CLEARING HOUSE project. Three distinguished speakers from all around the globe shared their expertise and we asked them to let us in on the latest research on the impact of forests on both physical and mental human health.

Could a trip to the forest replace a visit to the doctor?

First up was Prof Peige Du from the Beihua University. Her presentation on “The effect of forest environment on human health in Changbai Mountain” introduced a forest-based intervention with 12 participants in the Changbai Mountain, which, with its great diversity of species, had been rated as one of the top 10 most beautiful forests in China in 2005. After scrutinising the forest’s set up in terms of types of plants, different altitudes and the forest volatiles, the researchers had identified 39 species of volatiles (e.g. alcohols, ketones and aldehydes) and compared their density at different times of the day and in different areas. Ketones were for instance at their highest in the evenings in the yoga area. Using a quantifiable method, the study found that after a 3-day trip to the forest, the participants’ blood compositions showed significant improvements. Moreover, participants’ anxiety levels and sleep quality had also improved – but what about patients with an existing illness?

Prof Du and her team notably conducted a second study, this time with diabetic patients who had been sent on a 3-day study trip into the forest. Like the healthy group, these participants also showed a remarkable reduction in stress hormones. Even more so, it was found that the forest-based intervention had been a significant help in regulating the glucose level in their blood. These auspicious results give reason enough for the team to already be planning to extend the research into other areas in the country as well as different seasons to amplify the results and make forest-based health care available and accessible to the broader public. Combining all findings with the knowledge of the impact specific volatiles have on our health will facilitate forest-based health care planning in the future.

“If nature were a pill, it would be reimbursed by health care insurance”

Following the presentation from China, Matthias Braubach from the WHO presented his team’s insights on “Urban nature and its health relevance”. Setting the stage, Mr Braubach visualised population growth and the resulting increase in energy and water consumption as well as a rise in water shortage, ocean acidification and loss of tropical forests. At the same time, the graph related to biodiversity showed a steep decrease. These developments are both alarming and ironic as research has proven that humans need nature for its many health benefits. In particular, he mentioned environmental benefits, nature benefits, as well as social and mental benefits for humans. Moreover, he also pointed out that the WHO had not only published outputs on health benefits but had also compiled a guide on how to avoid some of the risks and challenges that come along with an increase in green spaces, such as exposure to pollen, and gentrification and replacement of residents. Thus, he remarked, it is essential to maximise the benefits of being out in nature whilst acknowledging and minimising the risks. With the help of the newly developed GIS-based tool “GreenUr”, one can measure green space availability, quantify green space impacts on health, raise awareness to promote local research and assessments and support training activities related to environment and health. A similar tool has been created for blue infrastructure (the BlueHealth Toolbox). These tools will be particularly useful for urban planning.

Before closing, Mr Braubach brought the COVID-19-pandemic into the equation. He particularly highlighted the inequality of benefits from and access to nature in our society. Scrutinising access and availability to nature, research suggests that in highest social economic groups, almost every person has access to a private or communal garden or the like. In contrast, the number of those without access goes up by nearly factor 3 to the lowest social economic group where almost 1 out of 5 people does not have access to a private or communal garden, yard, patio or at least balcony. These will be the people most affected by negative mental health impacts. He closed by saying:

“If nature were a pill, it would be reimbursed by health care insurance … but we need to ensure that it is available locally and for all! Otherwise, we would be adding yet another dimension to the health equity discussion.”

Matthias Braubach, WHO European Centre for Environment and Health

Last but not least, Dr van den Bosch from IS Global presented: “Nature and Public Health: mechanisms and scientific evidence.” On a global scale, human illnesses have shifted away from communicable (infectious) diseases to non-communicable illnesses such as depression, cardiovascular diseases, strokes, chronic respiratory diseases, diabetes, and cancer. Ironically, around 80% of these could be prevented through lifestyle or environmental-related actions by reducing stress levels, being more physically active, combating loneliness by increasing social contacts, and protecting our biodiversity, which would bring along regulating ecosystem services. These preventive measures would already have a considerable impact on the population.

Looking deeper into the biodiversity pathway, Dr van den Bosch presented a comparative study from Finland, which compared a group of children exposed to biodiversity on their skin to a standard group without intervention. The results showed that the increased exposure to biodiversity on skin changes the microbiome and meant a better immune function in the children. Another study provided proof that nature delays biological ageing because being exposed to nature slows down the ageing process (measure based on telomere length through blood sampling). Concluding, Dr van den Bosch confirmed that there is significant scientific evidence of the benefits of exposure to nature for both human mental and physical health.

Following the three presentations, Prof De Vreese facilitated a discussion round with questions from the audience. The first question was directed at Prof Du asking if the forest-based health care study considered that the positive impact of the intervention could also result from the group interaction rather than the experience of the forest. Prof Du explained that a Japanese study suggests that the positive impact is rooted in the forest surrounding; yet that her team is already planning to do a follow-up comparative study looking at a group in an urban and in a forest environment whilst also comparing their earlier results with those collected in a different season with a different vegetation.

A second question asked Dr van den Bosch if there was a difference between planting single trees or a group of trees for human health. She replied that it depends on the illness that is being addressed. Looking out of the window, the view of just a single tree could already ease people’s stress levels, whereas to encourage physical activity, a group of trees would be necessary. Asked about his opinion, Matthias Braubach said that in general, any type of nature in any setting was useful, particularly in the mental health dimension. His opinion: “Having one tree is better than having no tree!”

Embracing these insights and scientific proofs of health benefits of urban forests and green spaces and designing cities accordingly calls for one question: What are the obstacles or challenges that prevent a broader and faster greening of our cities? Mr Braubach answered that the perception might not do justice to what is already being done as many cities are trying to get greener as becoming more sustainable and more resilient has been on many cities’ agendas for a while. He explained that it simply takes time to restructure and rebuild already established urban infrastructures, and of course, the cost thereof is certainly an issue that needs addressing. He further mentioned that he would like to see more natural experiments where cities investing in green spaces should partner up with universities to find out where what sort of green space would be most beneficial and needed. Lastly, he underlined the importance of local authorities and their work in greening our cities for the benefit of citizens and nature alike.

This brought to an end a session fully packed with mind-blowing research on the impact urban forests and other green spaces have on all our health and well-being. Time to scale up the planting, what do you think?