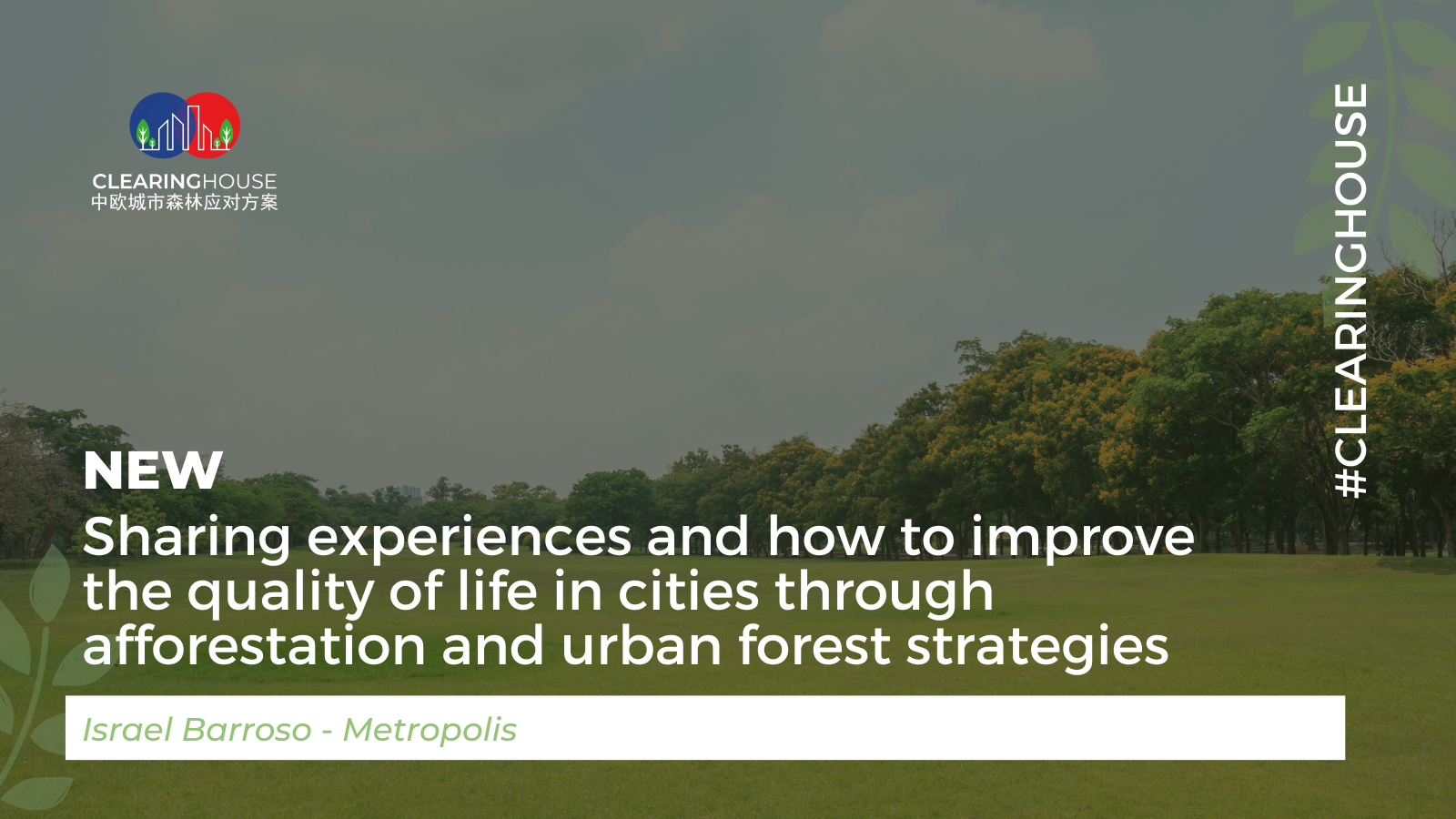 Active planning, management, and inclusion on the climate agenda of the urban forest can improve society’s resilience to climate change and help cities and communities better adapt.

One of the objectives of CLEARING HOUSE is to foster exchange and learning between cities on how to promote and enhance the use of UFNBS in local territories. With this objective in mind, Mexico City, Belo Horizonte and Bogotá have recently been selected to participate in the first learning exchange mechanism of the project, an opportunity to promote capacity development and peer-to-peer exchange of knowledge and practices on UFNBS. Mexico City and Belo Horizonte decided to exchange on inner-city afforestation and green infrastructures as it represents a current challenge in their cities.

Belo Horizonte introduced some of their ongoing initiatives based on UF-NBS that the city is currently carrying out. For example, they presented the “Mini Forests” program, which they lead in a multisectoral partnership with grassroots communities and technical agencies and aims to create small islands of biodiversity in sparsely vegetated areas, providing people with cooler places and contact with nature.

Bernardo Ribeiro – DIRI, Director of International relations for Belo Horizonte city administration declared that the City Tandem was an opportunity for its city to learn how to take their UFNBS initiatives to have a larger impact in the city as a whole, something which Mexico City does particularly well.

During the exchanges, Belo Horizonte identified as of particular importance their interest on knowing more how Mexico City handled the management of continuously extending parks and green areas across their whole territory and the mechanism they used to foster the interconnections between all the green areas.

Mexico City focused shared in details the “Bosque San Juan de Aragón” project, an initiative of particular interest as it has applied different initiatives for the recovery and creation of wetlands developed by the city in the past four years. This project is a 160 hectares park, the second most important urban park in Mexico City. It has involved the urban afforestation of one park including not only trees but also local plants, bushes, and other local species having a special effort in to use or reintroduce vegetable native species.

“Urban revegetation projects should include a mix of vegetal species and plants, which helps to create complete ecosystems that allow the sustainability of the project in the long term. Experience has also shown how necessary it is to have good soil and a correct selection of local species, even on a small scale…”

Mexico City put particular emphasis on the use of all available previous works, studies, research, and policies done by the academia and previous administrations in order to save time and money, while confirming that political will is very important to develop and implement projects at an urban scale.

For Bogotá, which was selected to receive the help of the CLEARING HOUSE Task Force, an opportunity to receive feedback and recommendations by CLEARING HOUSE experts on the topic of its choosing, focused of the exchanges evolved around the review of their new Urban Forestry Policy and its Implementation Plan, a new policy intended to establish guidelines for the implementation of Urban Forests in the Capital District of Bogota.

Representatives of the Environment Department of Bogota City met with the CLEARING HOUSE task force experts (Rik De Vresee (EFI), Jerylee Wilkes (HAFL), Clive Davies (EFI), Dorsa Sheikholeslami (IUCN), Natalia Burgo, (Berlin Ecologic Institute), Andrea Armstrong (UB Brussels), Dennis Roitsch (EFI) and exchanged on local administration experiences and case study on how to successfully implement UFNBS policies at the local level, and how those examples could help Bogotá on its implementation of the new Urban Forestry policy in its territory,  which should also engage participations of the population.

In the near future, two next steps for the CLEARING HOUSE Knowledge Exchange Mechanism are expected. Firstly, representatives of each city will be able to learn more in-depth context of their city partner through a field visit.

Secondly, at the end of January, the second call for the Knowledge Exchange Mechanism will be published and will allow cities from Europe & East Asia to participate in another City Tandem and receive the guidance of the CLEARING HOUSE Task Force.